A Heart-Pounding Supercar Aims to Upend How Cars Are Built

The Czinger 21C is made with 3-D printers. “If he’s successful,” an analyst said, “it will be an earthquake for the industry.” 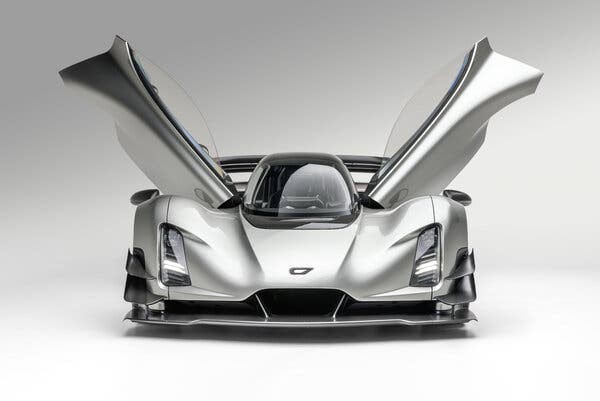 The Czinger 21C is a decadent supercar designed to get car enthusiasts aflutter on social media. It has serpentine curves, cranks out a record-breaking lap time — and will sell for $2 million.

Like Ford, Tucker and DeLorean before him, Kevin Czinger, the founder of the fledgling car company named after him, intends to change the auto industry — and not just by making one-off supercars. His vision centers on building a more environmental and cost-efficient digital automotive manufacturing system.

The 21C is made from an alchemy of data science and sophisticated 3-D printers, which produce recyclable metal alloys that eliminate the need for tooling. It’s a process developed by Divergent, a supplier also founded and helmed by Mr. Czinger.

“When tools are digital, they allow you much more leverage to design, manufacture and assemble,” he said on a video call.

Divergent’s technology underpins the vehicles in the Czinger brand. The 21C is the statement car that demonstrates the flexibility of this system.

Its performance credentials are impressive as far as supercars go. The hybrid engine is a 2.99-liter, twin turbocharged flat plane crank V-8 that has electric motors on both front wheels. It produces 1,250 horsepower, a number that can be dialed up to 1,350 with a $165,000 upgrade package. The car runs on ethanol e85 fuel, but carbon-recycled ethanol is the preferred fuel. Top speed is 253 miles an hour. The company continues to make small modifications to the 21C model that it will sell customers, and it issued new performance numbers this month.

In September, the racing driver Joel Miller clocked a record lap time of 2 minutes 11.33 seconds at the Circuit of the Americas in the 21C, five seconds quicker than the previous record. But Mr. Czinger’s ambitions go beyond the 21C’s over-the-top 1.9-second 0-to-60 sprint.

“You’re creating a new brand, so you want to show why this brand should exist,” he said. “If you’re going to say this is breakthrough technology and dominating performance, the best way to do that is to show it.” He will make 80 cars in two variants, a low-drag and a high-downforce version.

The 21C is the first of several high-profile vehicles planned for the Czinger portfolio, which will be sold by traditional luxury car dealers that include O’Gara Coach in Southern California, Prestige Imports in Miami Beach and Pfaff Auto in Canada. First deliveries are set for late 2023, and Czinger says it is close to selling out. A four-seater coupe will be unveiled at the Pebble Beach Concours d’Elegance in August.

Mr. Czinger, the youngest of five children, has had a fascination with cars since his childhood in Cleveland. He dabbled in minibike building and drag racing. His older brothers were Chevy dealer mechanics. He attended Yale, where he was a football defensive star and later earned a law degree. He worked as a federal prosecutor and for Goldman Sachs.

In 2006, Mr. Czinger helped found and lead Coda, a Chinese-backed electric car company in Los Angeles. Coda made its U.S. debut in 2012 with a subcompact sedan, based on the Hafei Saibao, that produced 88 electric miles. It failed to catch on stateside, and Coda filed for bankruptcy in 2013.

In 2015, Mr. Czinger founded Divergent and showed its first concept vehicle, the Blade, on the 2016 auto show circuit. It was the first car to have a 3-D-printed body and chassis.

Mr. Czinger has the attention of the additive manufacturing industry, the umbrella for the 3-D printing industry.

“Other 3-D companies don’t have the software, and they don’t have the assembly,” said his son, Lukas Czinger, who is also a founder of the Czinger brand and heads up operations and manufacturing for both it and Divergent. “There’s no company that could make the rear frame of the 21C.” 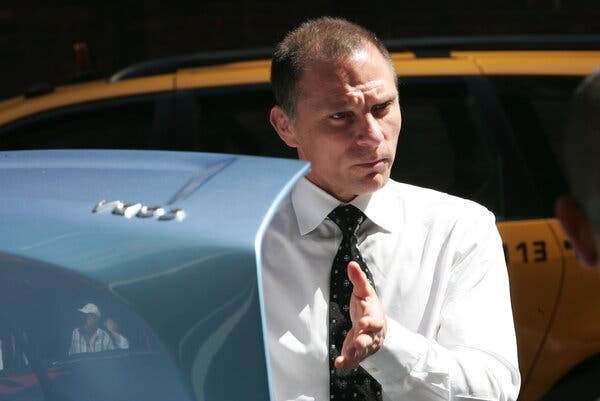 The Divergent Adaptive Production System is used to make parts for eight automotive brands that the company plans to announce later in the year. Parts include front ends and rear frames as well as integrated braking systems and suspension components. Divergent aims to work with carmakers to supply the entire integrated chassis.

“The supercar is a symbol for what could be a radical change in the way we make cars,” said John Casesa, a senior managing director at Guggenheim Securities and a former Ford Motor executive. “If he’s successful it will be an earthquake for the industry.

“Everything changes. Design changes. The way software is built. You’re using powder metals instead of rolled steel. You’re printing these things with these fast printers, and then you can assemble it with fixtureless tooling. You can do a Ford front end and change the rear to a Chrysler rear end just like that.”

Mr. Czinger plans to build his portfolio of high-performance vehicles to compete with the Bugattis and McLarens of the world. He refers to intergalactic pod racing scenes in “Star Wars: Episode I — The Phantom Menace” as inspiration. Looking at the long run, Mr. Czinger describes microfactories in communities that allow new players to enter the car business at a lower cost of entry.

“The biggest dream of all is not just the pure rational economics and environmental piece,” he said. “It’s very small creative teams having no barrier to actually physically creating what they can imagine.”

Czinger and Divergent operate out of Southern California offices and a factory that’s made up of a 3-D printing production facility in a climate-controlled room, an assembly room for vehicle subframes, a lab for dynamic and static durability testing, and additional space for crash-testing, corrosion and environmental testing. The company has acquired additional 3-D printers from the German company SLM Solutions as part of a joint venture.

Czinger design is led by Dave O’Connell, who spent 25 years at Mitsubishi Motors and conceptualized the form of the midengine 21C two-door coupe.

“I get to forget everything I’ve learned in 20 years-plus of building cars the old-fashioned way,” Mr. O’Connell said. “We can reduce the size of structural parts to contour the body, to give us more efficient aerodynamics. We’re not designing for manufacturing or styling for manufacturing. We don’t have those handcuffs.”

The speed and flexibility of digital manufacturing allow for flexibility in the interior space. The passenger sits directly behind the driver, a tandem seating concept used in motorsports. “We’ve got more shoulder room than an S-class Mercedes,” Mr. O’Connell said. The process means that customized parts such as a steering wheel variation are easier to make.

Mr. Czinger unveiled the 21C at a London event in March 2020, the week the world shut down. After Covid-related layoffs, he is back up to 154 employees. His engineers and scientists have worked at Ferrari, Pagani, Boeing and Apple, and for Formula 1 teams. He said 37 people worked on the 21C supercar.

Sam Abuelsamid, an analyst at Guidehouse Insights, called the Czinger 21 “a very niche product, but if you can find a way to use that to have faster cycle time for the components, then it could be applied,” he said.

“There’s absolutely interest in the industry,” he continued. “The auto industry has been using 3-D printing for a long time for prototype parts. You can prototype things faster and go through more iterations. The goal for the industry is to be able to use it for volume manufacturing.” 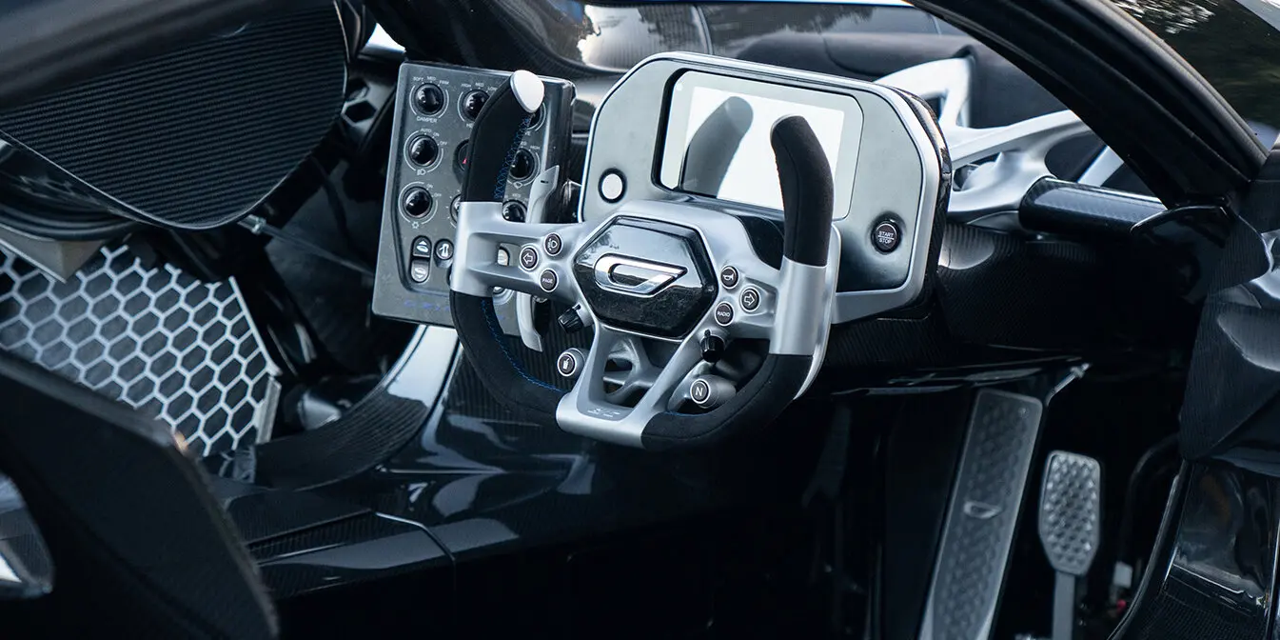 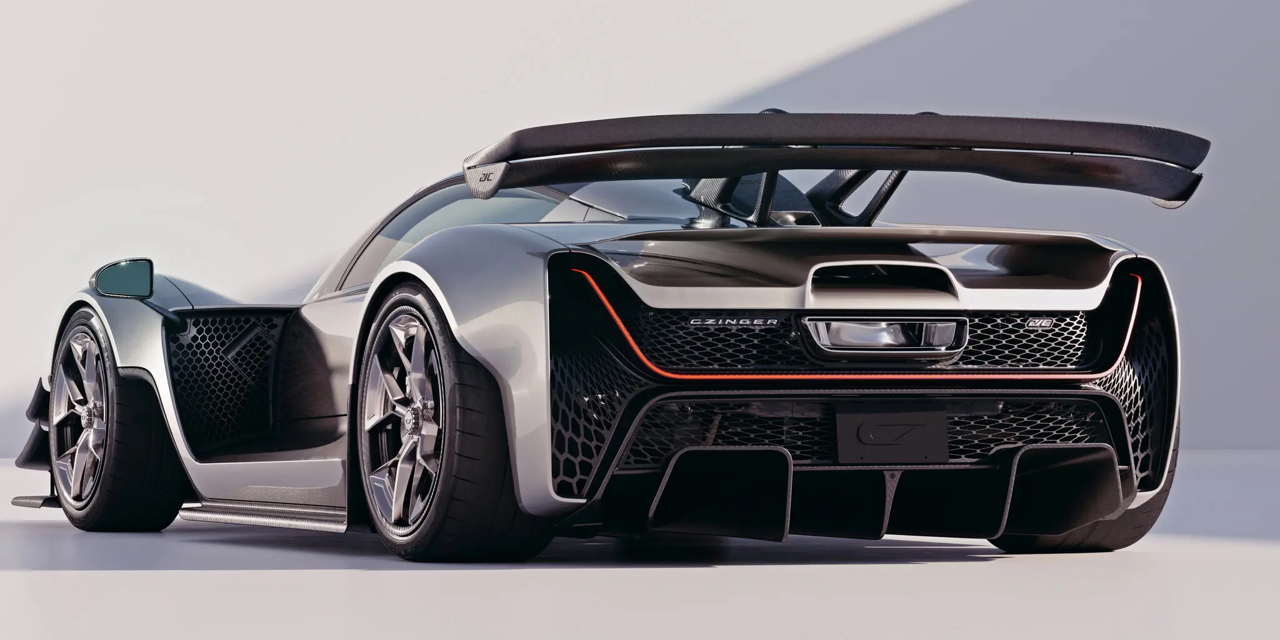 Czinger design is led by Dave O’Connell, who spent 25 years at Mitsubishi Motors.

BMW, Ford and the Volkswagen Group are investing in additive manufacturing. But industry experts like John Hart, founder and director of the Massachusetts Institute of Technology’s Center for Additive and Digital Advanced Production Technologies, caution that 3-D printing may have its limitations.

“One barrier is the cost of 3-D printing, which is way more than casting,” said Mr. Hart, who oversees collaborations between the M.I.T. center and carmakers. “If the cost were not an object, at the present state there are not factories that do 3-D printing as a service at the scale needed to support the automotive industry yet.”

Mr. Casesa first met Mr. Czinger when he was running Coda. “I thought he was a brilliant, interesting guy with a lot of humility,” said Mr. Casesa, who has visited the Divergent factory twice. “For all this talk about industry 4.0 and 3-D printing, this is kind of the real thing, and it’s just not understood yet.”

An earlier version of this article, using information from Czinger, gave an outdated top speed for the planned production car. It is 253 m.p.h., not 280 m.p.h. The company updates its statistics periodically.

ARTICLE BY THE NEW YORK TIMES